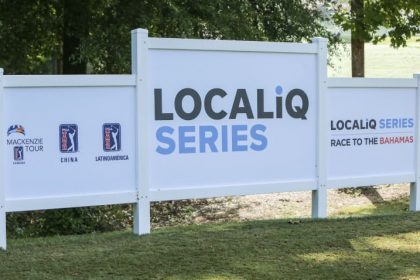 Monday, Series officials announced the creation of the Arcis Golf Florida Swing, which will reward the leading points-earner from the three Sunshine State events with a bonus of $7,500. The second-highest points earner from the three Florida tournaments will pocket $2,500.

The three Florida tournaments are the:

Arcis Golf is the premier operator of public, resort and private golf clubs in the United States. Its current portfolio of 60 properties located coast to coast in 13 states includes The Club at Weston Hills.

“We are extremely pleased with the support Arcis Golf is providing the LOCALiQ Series. From making The Club at Weston Hills a tournament site on our 2020 schedule to the creation of the Arcis Golf Florida Swing, we couldn’t ask for a better partner,” said Rob Ohno, the PGA TOUR’s Senior Vice President, International Tours. “In everything we do, we keep our players in mind, and giving them a world-class golf course in which to play the Classic at The Club at Weston Hills and for them to have the Arcis Golf Florida Swing as another incentive is a significant addition to the Series. We can’t thank Arcis Golf enough.”

Players who make the 36-hole cut collect a paycheck from every LOCALiQ Series tournament. In addition, those who complete all 54 holes at the three Florida tournaments receive points based on their performances, and the Series will track those points in weekly standings following each of the three events. The Arcis Golf Florida Swing culminates its three-week run at the Classic at The Club at Weston Hills—the final 54-hole event of the season. The LOCALiQ Series season concludes with the limited-field, 78-player LOCALiQ Series Championship Atlantis Bahamas, currently schedule for late-October.

“We enjoy our long-time association with the PGA TOUR, and supporting its LOCALiQ Series is an ideal way to grow the competitive side of the game, as well as showcase one of our premier clubs,” said Blake Walker, founder and CEO of Arcis Golf.

“Competitions such as the Arcis Golf Florida Swing, a challenge within the larger competition, are always compelling and create additional enticements for the players as they continue to grow in the careers,” Ohno added. “Arcis understands that, and we appreciate its support of the LOCALiQ Series.”

The PGA TOUR established the LOCALiQ Series in 2020 to give playing opportunities to members of PGA TOUR Latinoamérica, the Mackenzie Tour – PGA TOUR Canada and PGA TOUR Series-China. The LOCALiQ Series is a set of seven 54-hole events played in the Southeastern U.S. (Georgia, Alabama and Florida), with the culminating tournament held at Atlantis Paradise Island Resort’s Ocean Club Golf Course in the Bahamas. LOCALiQ, the sales and marketing arm of Gannett Co., Inc., and the Official Digital Marketing Services Firm of the PGA TOUR, is committed to the communities in its network and helping them build relationships with their local businesses.

Recognized as one of the fastest-growing private companies in the U.S., Arcis Golf is the premier operator of public and private golf clubs in the United States. As an industry leader, providing dynamic direction and unrivaled amenities that complement diverse playing experiences, Arcis Golf is committed to reinventing the golf and country club lifestyle experience to a level of excellence that exceeds all expectations. Arcis Golf is located in Dallas, Texas. Its website is arcisgolf.com.

What you can read next 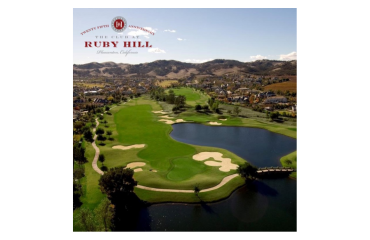 The Club at Ruby Hill to Celebrate 25th Anniversary 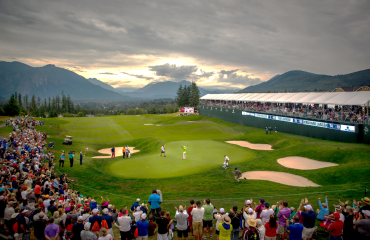